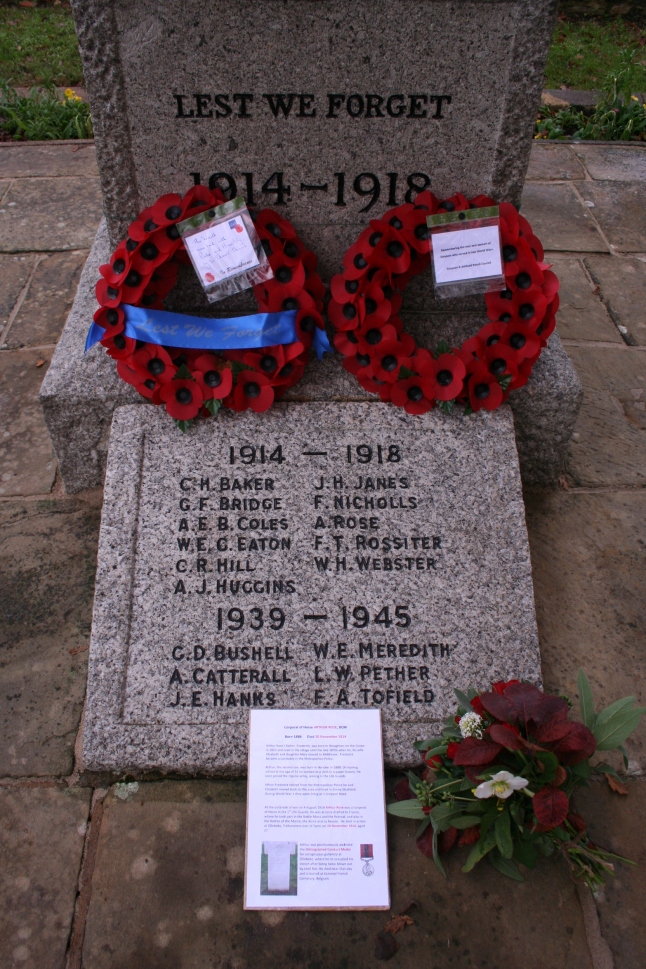 Individual stories of the soldiers named on the War Memorial in Simpson village, Milton Keynes are being written up and presented on the anniversary of each death.  Having researched the lives and service history of each soldier, Peter Barnes, has collated the information to produce these moving memorials to the men that served in the Great War from this small village.

William Eaton has also been commemorated in this way (anniversary 1st September), his document can be viewed here: William Eaton